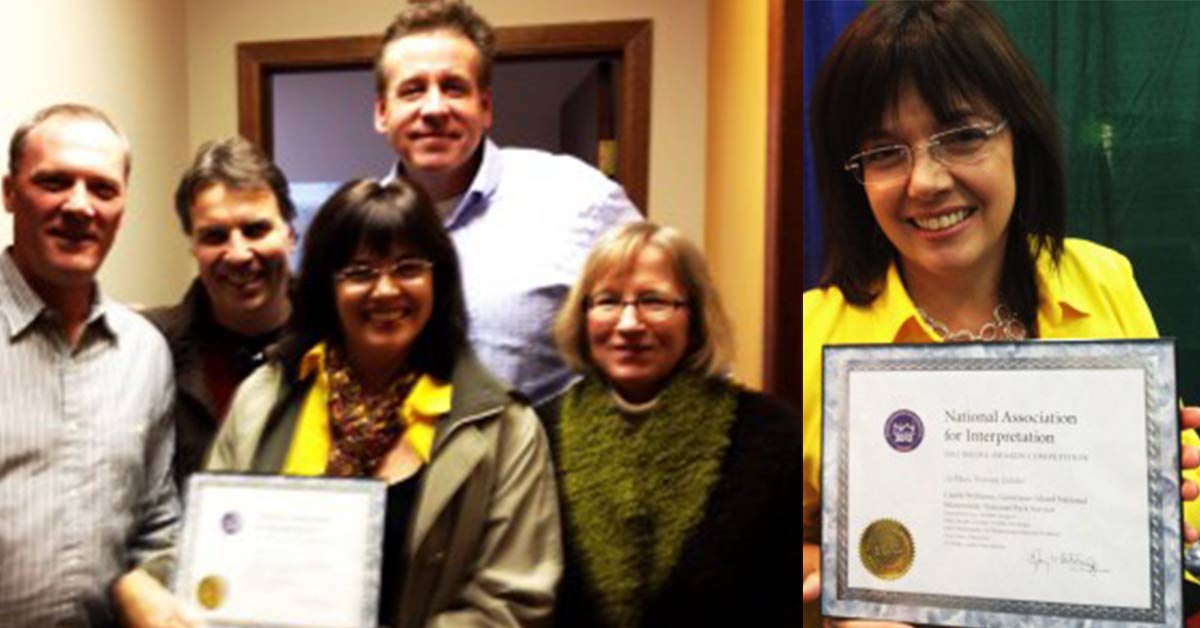 Q Media Productions in conjunction with exhibit design firm Formations, Inc. of Portland, OR, won an award at the 2012 National Association for Interpretation conference. The award is for first place for Wayside Exhibits in the Media Awards Competition.  Formations won for the overall design for the Castle Williams exhibit, and Q Media contributed the audio describe audio tour for the exhibit.  The exhibit showcases the history of Castle Williams from its beginnings as a War of 1812 fort to present day. Scriptwriter for the audio described audio tour was Stasha Boyd, audio engineer for the project was Mike Lutz, and Mary Sarah Agliotta and Tim Gehlsen were the voiceover talent for the audio tour.  Left above – Stasha Boyd and Mike Lutz with some of the Formations staff:  Phil Buettner – General Manager;  Russ McGillivray – President; and Angie Jubine – Marketing Coordinator.  Above Right – Stasha Boyd with Q Media’s NAI award 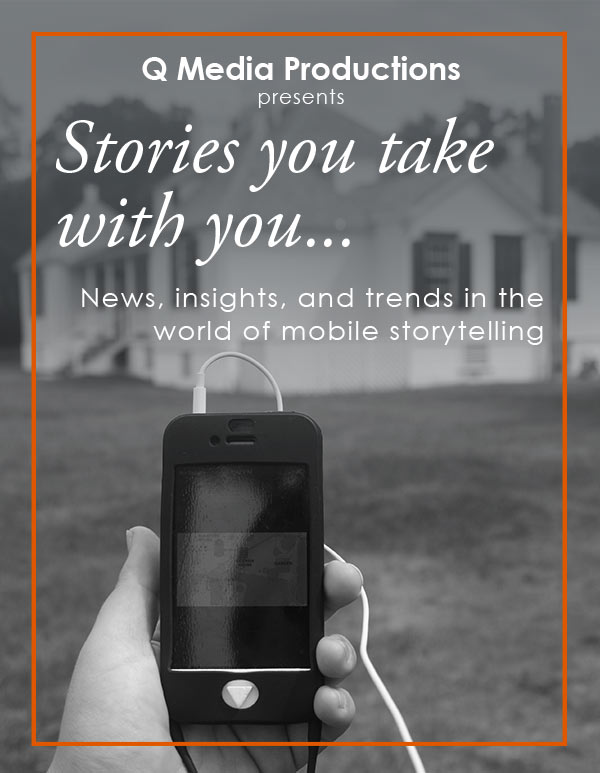